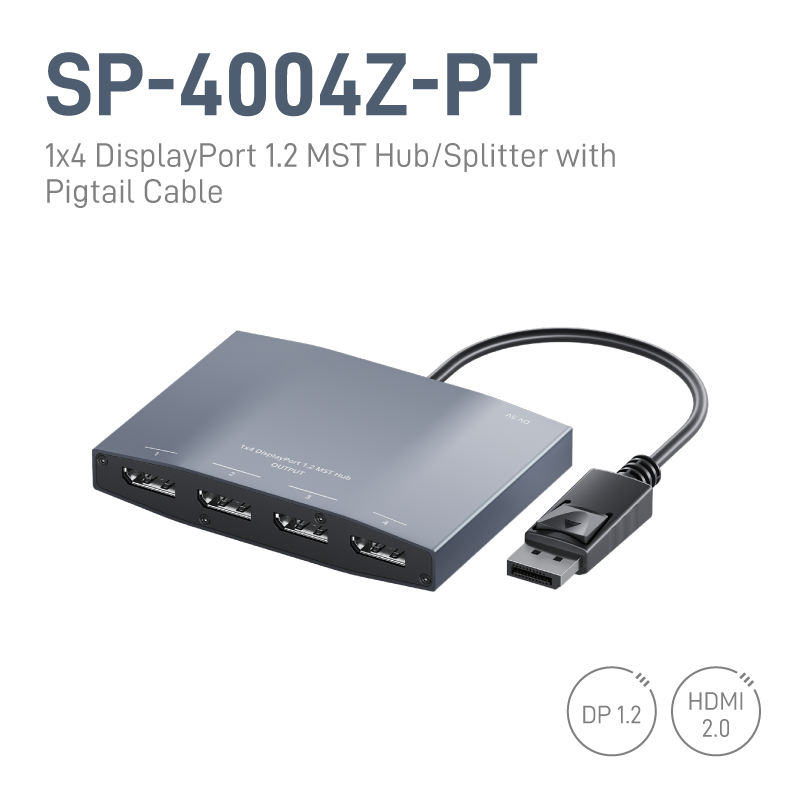 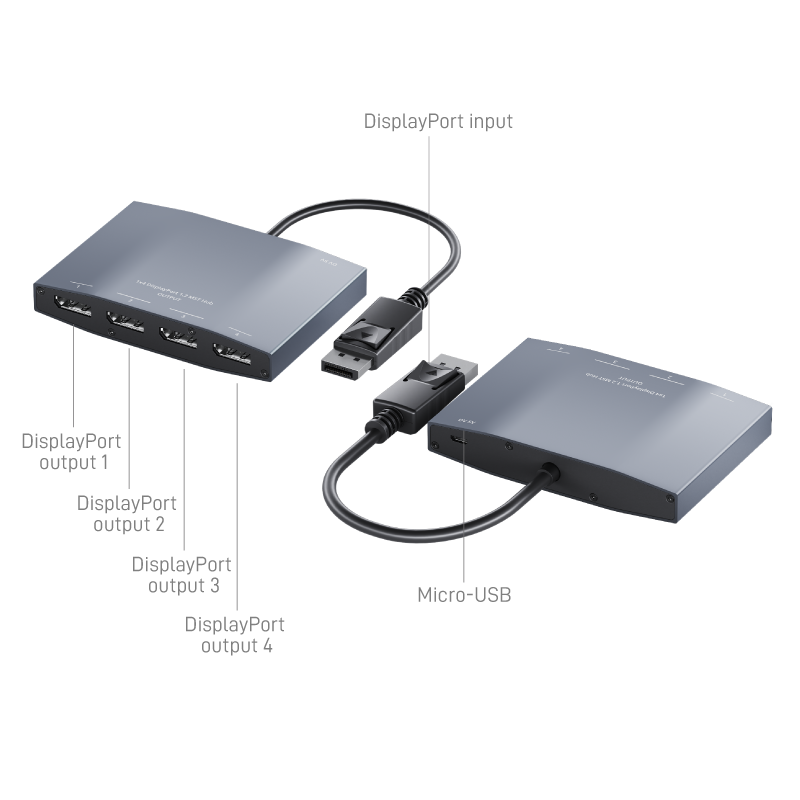 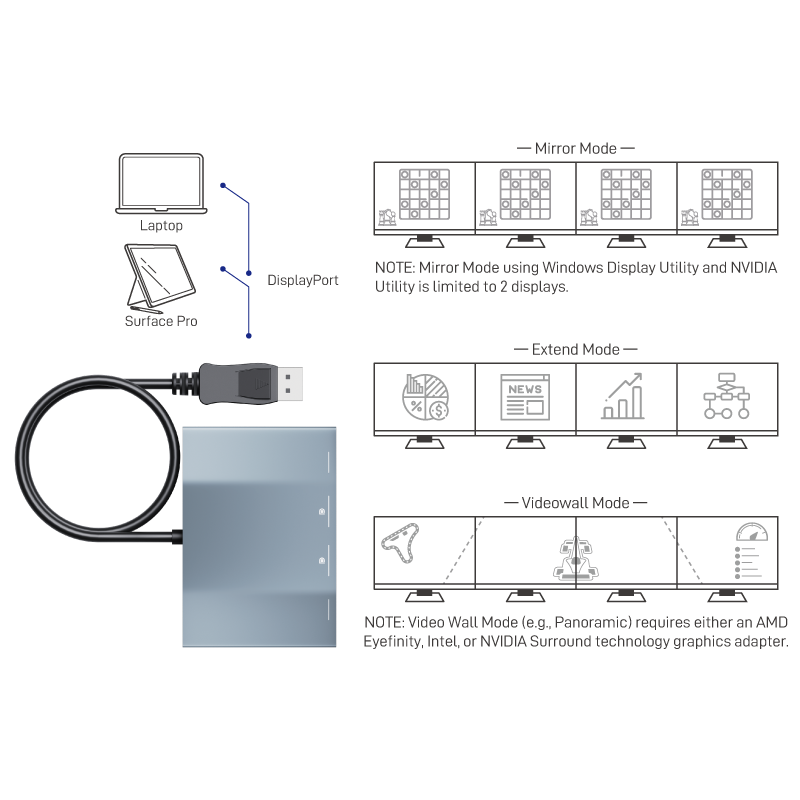 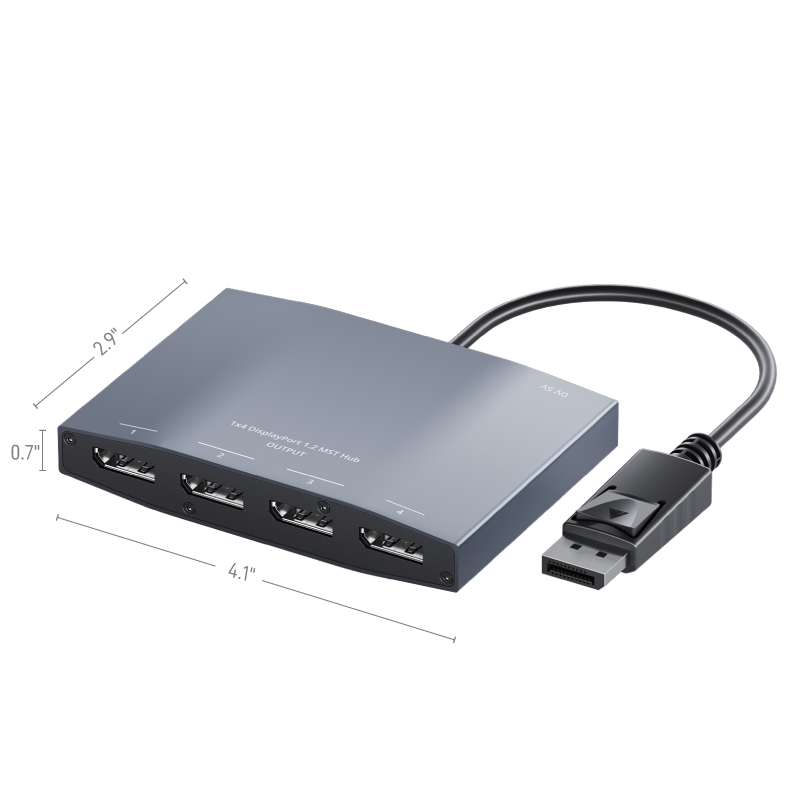 The SP-4004Z-PT DisplayPort 1.2 to 4-Port DisplayPort MST Hub connects up to four DisplayPort monitors to the DisplayPort output on your computer. Ideal for digital signage in schools, churches, conference rooms, trade shows, hotels and retail outlets, this hub allows you to display the same image on all three monitors, extend the desktop across them, or combine all three as one large monitor in video wall mode.

The SP-4004Z-PT is compliant with DisplayPort 1.2 and backward compatible with versions 1.1 and 1.1a with the feature set being limited to that of your equipment. It supports UHD resolutions up to 3840 x 2160 (4K x 2K) at 24/30 Hz. to deliver stunning video images. Multiple display modes such as Mirror, Extended and panoramic video wall modes are featured to support multitasking for maximum productivity, easily turning your computer into a high performance workstation for application such as graphic design, image editing, digital signage, data processing & analysing as well as gaming.